Dan Bruiger is an independent scholar, amateur astronomer, and author of several books and numerous articles.

Born 1945, I grew up in southern California and attended the University of California, Los Angeles and Berkeley, immigrating to Canada in 1969. I live in a small rural community in British Columbia, where I write a column for the local newsletter. 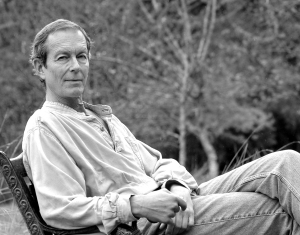 My passion for astronomy began at age 8, around the same time I joined a square dance club. In high school I became acquainted with philosophy of mind and the fledgling science of Artificial Intelligence. A key intuition concerning the Mind-Body Problem came to me at that time and formed the core of an early work, The Rise and Fall of Reality [archived here]. During a trip to Europe, I was much taken by art and considered sculpture as a career. I was self-employed for several years as a cabinet and furniture maker in Vancouver, BC, and later did take up figurative sculpture [Sculpture Gallery here]. I also pursued studies with masters in the Sufi, Gurdjieff, and Advaita traditions, trained in relationship counseling, and learned Argentine tango. I have long been keenly interested in physics and philosophy of science.  [Poems by Dan here]